Why Adopt a Highway?

Students learn about the successful Adopt-a-Highway program and how it can save governments and taxpayers money. 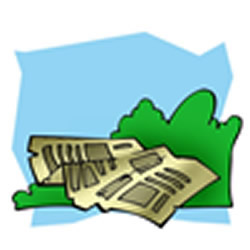 Have you ever been driving in a car and noticed a paper bag, soda can or other litter along the highway? You may not realize it but that highway trash is costing you and your family. What might be done to help solve this problem? In 1985, in Texas, an innovative program was developed to address this problem. It is now called Adopt-a-Highway Program. This program has now spread to many other states and even to some other countries. It is the Adopt-A-Highway Program.

Have you ever thought about how long discarded litter lasts? Some things might have a longer life span than most humans. Complete the Drag and Drop Activity, which is a matching activity designed to let you match common types of litter with decomposition times.

Were you surprised at how long some things last? Use this link to see a list of other decomposition times.

Since many items last a long time, this means that discarded litter on the highways will not just decompose quickly, as some people think.

Why do states hire workers to pick up trash from the highways? First, highway trash may pose a traffic hazard, especially items that can blow onto the highway. People expect to drive safely down state roads. Second, highway litter may injure wildlife, especially small animals that can get trapped in six-pack plastic rings for soda or beer. Third, litter can pose an environmental hazard as toxic chemicals can leak into soil or water as containers decompose. Lastly, highway litter is unsightly and does not attract tourists. In many states today, tourism is big business and states want to present their best appearance to tourists who drive on the state highways. Often the first impression tourists receive about a state or area is formed from the condition of the highways and roads. A key element of that impression is the amount of litter seen by the roadside. Most states have fines to discourage drivers and passengers from littering. Here is some more information on fines for littering. Unfortunately, these anti-littering programs based on fines have not been entirely successful. In search of a better alternative, many states have turned to Adopt-a-Highway programs to help with highway cleanup. The idea behind these programs was the brainchild of an engineer with the Texas Department of Transportation (TXDot) in Tyler, Texas. Read about how the program got started at Don’t Mess with Texas; Adopt a Highway History.

This lesson can be personalized for students in particular states by having them look up Adopt-A-Highway programs for the appropriate state. You can also find many states’ highway cleanup costs and highway litter laws. This would make the lesson more relevant for the students.

After completing the Interactive Activity, you may have the basics for judging whether the cost of highway cleanup looks high. Texas actually spends less than some others states on highway cleanup. In 2001, Georgia spent $12 million to pick up trash and debris from its roadways. This represents an opportunity cost for the state – $12 million spent on highway cleanup that could be spent on another project or program. The state chose to spend this money on highway cleanup and their second choice or opportunity was not chosen. Think about what might be a good second choice for Georgia state legislators if they had this $12 million available? {answers will vary – might point out some things states typically spend money on; education, school, state parks, state highways, health care, and economic development} There are often economic trade-offs that occur in funding at the local, state and even national levels because dollars are limited but needs are not.

Write a three paragraph essay on the cost of your state’s highway cleanup. Does the cost surprise you? Also address some ideas about where you would like this money to be spent if it weren’t spent on highway cleanup.

In this economics webinar, focus on essential concepts: why we can't have everything we want, and what we give up...
Key Concepts: Decision Making/Cost-Benefit Analysis, Incentives, Scarcity
60 mins
Apr 21 6:00-7:00pm ET
Webinar
See Upcoming Webinar