The Role of Government: The Federal Government and Fiscal Policy 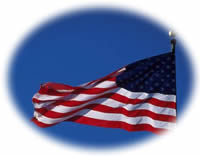 1. Ask students if they have ever made a budget for their own personal spending.

2. Explain that the government of the United States passes a Federal Budget each year to plan how much will be spent on defense, Social Security, education, etc.

3. Ask students to brainstorm a list of other categories for government spending.

4. Have students read the Background Information about the Federal Budget and Hutchins Center Explains: https://www.brookings.edu/blog/up-front/2018/12/13/the-hutchins-center-explains-federal-budget-basics/. Then view the infographics from the Congressional Budget Office.

5. Students will use the information from these documents to answer the following questions:

6. Have students refer to the OECD chart on general government spending as a share of GDP and answer the following questions:

Which budget issues are most important in the 2016 elections? Ask the students to conduct independent research and write an essay on this topic.

Is There a Link Between National Debt and National Security

In this economics activity, students will explore a link between the nation's debt and security.
Key Concepts: Budget Deficits and Public Debt
15 mins
Activity
See Activity

Two Sides of the Same Story

To Intervene or Not To Intervene: That is the Question All Governments Must Ask

Political Beliefs and the Federal Budget